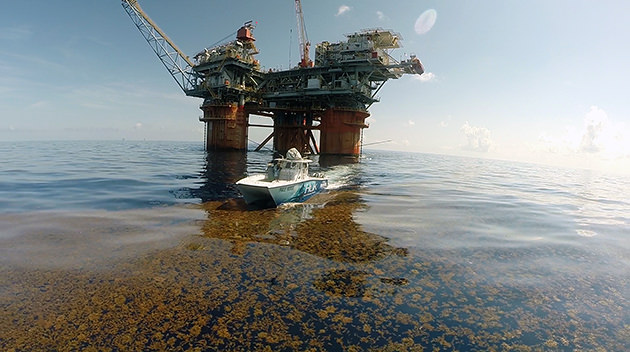 What can you say about Captain Kevin Beach on the Pale Horse and the Mexican Gulf Fishing Company. Kevin’s reputation proceeds him as a Pelagic Producer in one of the best Pelagic fisheries in the US virtually year around. Yellowfin Tuna, Wahoo, Dolphin, Billfish, and even Groupers and Snappers in numbers and sizes that stun me every time I go with Captain Kevin. The two fastest things are the boat and the fishing leaving only the question of what you’re going after when you leave the dock. This is must go, with a must go with Captain. Kevin’s BigWater Adventures are a daily occurrence. Catch and release if you must, but I’d bring the Wasabi and Soy personally.

What can I say about Captain David Iverson and Woodland Plantation. If I had a gun to my head and needed a 40lb Redfish, I’d be driving to Venice to fish with Captain David no matter what time of year. I’ve almost gotten spoiled there on Redfish. You are genuinely disappointed if you don’t get at least a 30lb Bull everyday. Captain David is almost Zen-like in his ability to find and stay on even the biggest fish in this Big Bull Fishery. All you have to do is look at the last 5 years of Captain David’s Bull Redfish and you’ll be heading down there with the realistic expectation of a Redfish trip of a lifetime. When you couple that with the history, staff, food, and lodging at Woodland Plantation it’s one of my ultimate inshore BigWater Adventures.