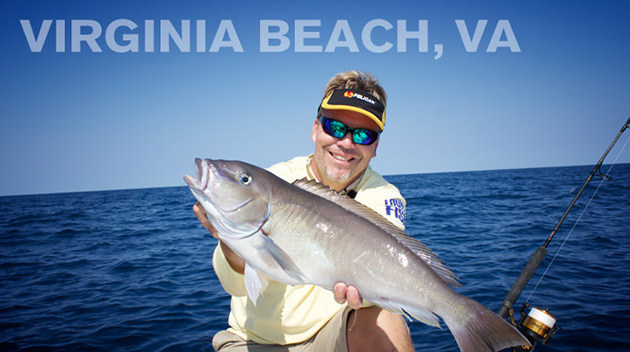 Virginia Beach, VA has been a Rockfish/Striper stop for several episodes of BigWater Adventures but that just scratches the surface of the Chesapeake Bay and offshore fishery that is well within reach of the Virginia Beach fleet. Enter Captain Kevin Kirsh and Captain Lucian Montagna. After meeting both of them at the Mid Atlantic Saltwater Expo in early 2012, plans were quickly made to capture a deep dropping BigWater Adventure for the 2013 Season. The shoot and show went incredibly well and the deep drop species were literally checked off the list in the order we dropped for them. Couple in with some awesome Black Sea Bass nearshore and a Flounder trip on a blow out day put the exclamation on why Virginia Beach and Captain Kevin Kirsh are a must stop for BWA next year as well.